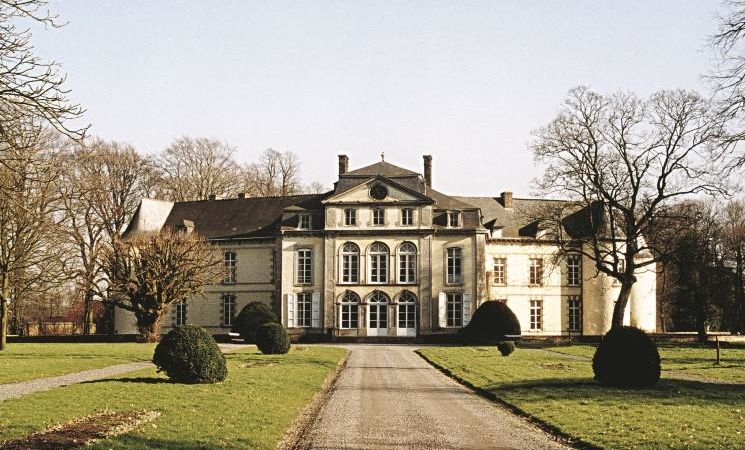 30km from Brussels, the Bois-Seigneur-Isaac Château, listed as ‘exceptional real estate of Wallonia’, was converted from a feudal fortress in the 18th century. Its classic French-style facade is adorned with wide arched bay windows and topped by a triangular pediment. There is a round tower with arrow slits, a reminder of its days as a feudal fortress. The castle, which probably dates back to the 12th century, was one of a series of fortresses protecting the County of Hainaut from the expansionist intentions of the Dukes of Brabant. Behind the chateau, you can take a stroll around a charming French garden with an English-style park at the end. There are many wonderful trees to admire, several centuries old.

For five generations the Bois-Seigneur-Isaac Château has belonged to the Snoy family. It was home to Jean-Charles Snoy et d’Oppuers, a co-signatory of the Treaty of Rome which marked the birth of the European Union.

Did you know that the village of Bois-Seigneur-Isaac takes its name from Isaac of Valenciennes, a member of an illustrious Hainaut family? In the late 11th century he planted a wood, which still exists today, 500 metres from the chateau along Route de Lillois.