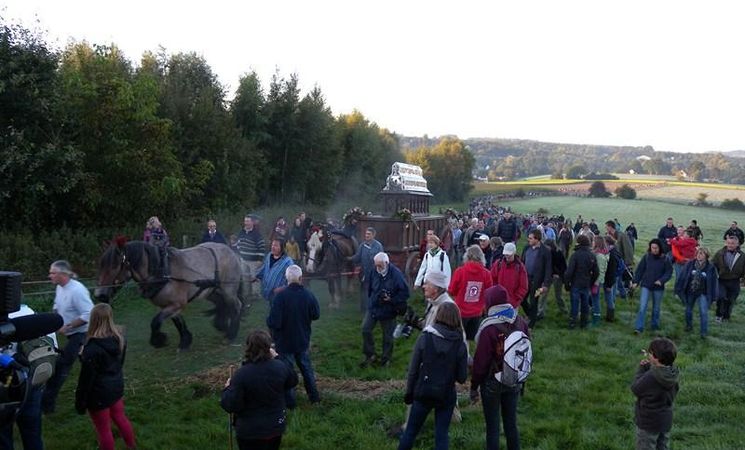 The Sainte Gertrude Tour takes place every year on Michaelmas, September 29, or on the following Sunday.

More and more participants look forward to this tour whose reputation has gone well beyond local and national borders.

For about 15 km, it follows the paths through fields of the Abbesses and Canonesses who used to visit the farms, the ill and the poor.

The Sainte Gertrude Tour, which was mentioned in sources dating back to the 13th century, was of course a religious procession initially. Today it is an opportunity to get together in a very congenial atmosphere.

Early in the morning (about 6:30 a.m.) after the blessing of the horses, the procession gets underway to accompany the 15th century chariot carrying the relics of St. Gertrude.

Over the entire 15 km itinerary, the choir’s chants mix with the conversations of the pilgrims-for-a-day.

Since 2004, the Sainte Gertrude Tour has been declared a part of the French Community folklore and immaterial heritage.